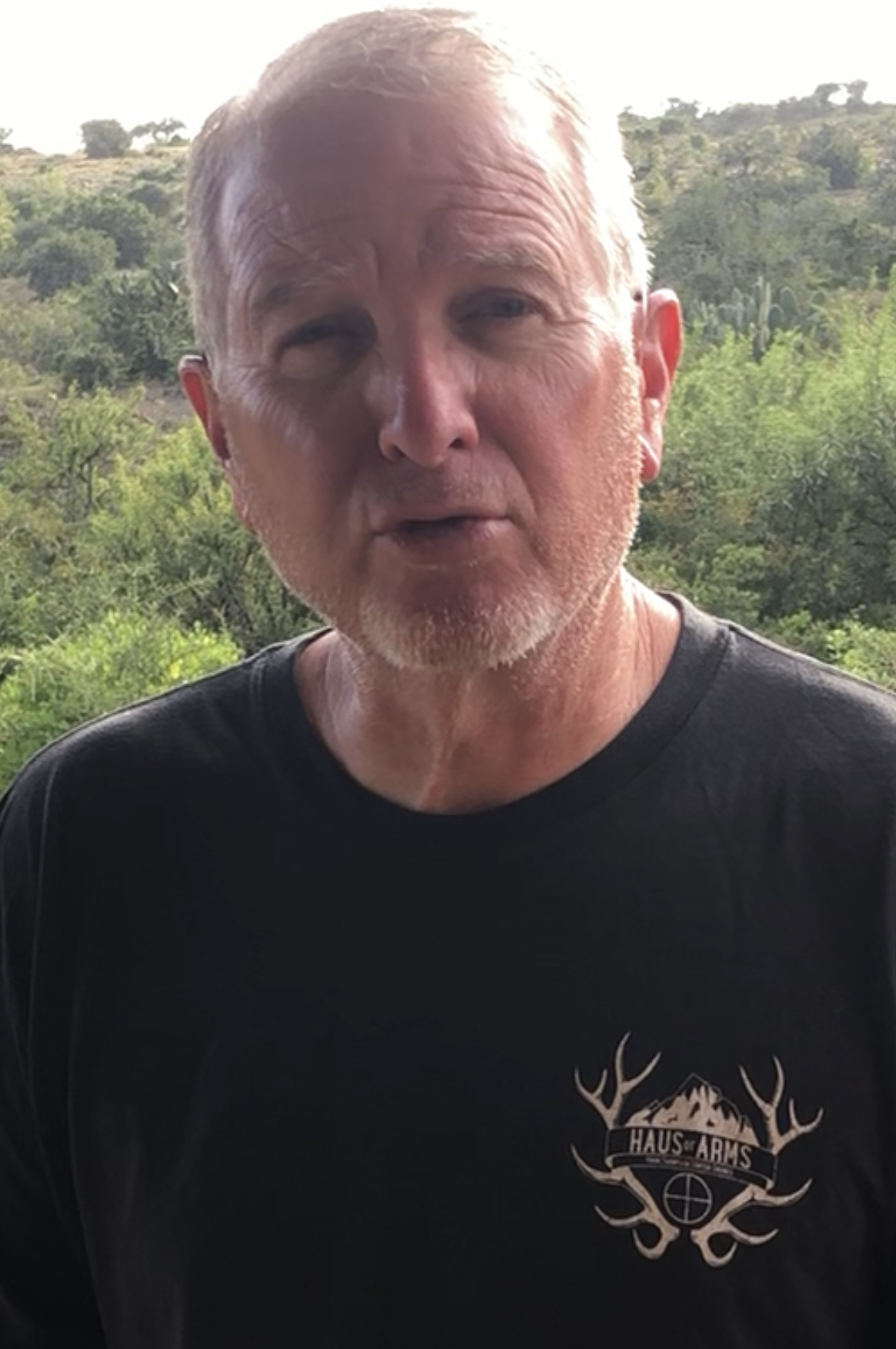 https://youtu.be/CmAEn-l-rgg (click the back button after viewing the intro video)

Denver had to meet Eric in Port Elizabeth on Friday morning about 9 am so it gave us the morning off. Nonetheless, I still had work to do. Andy from the video crew agreed to escort me to the practice range for some tune up work. The 375JDJ rifle had a couple of misses recorded so we adjusted the zero distance to 175 yards, recalculating all longer shots to a more manageable hold over measurement for Ruth to acquire. We also had not sighted in Eric’s 6.5JDJ “LARRY” pistol and wanted it ready for him to carry when he arrived. Unfortunately, something happened to that old Nikon scope. He used that scope to emulate as closely as possible to Larry Kelly’s original that he used in Africa. It was tight to the rings but internally was all over the place. I couldn’t hit a 24” plywood square at 25 yards. I knew Eric would not believe me, but as luck would have it, he arrived at the range to see first hand it wasn’t his dad’s failure but that of the scope.

After settling Eric in and enjoying another great lunch, we headed out in the bucky with Eric, myself and Ruth in the back. It only took an hour for us to find a rare lone Springbuck ram away from the herd. From 240 yards Eric took his first EVER shot with the MUTT and dropped that nice Springbuck on the spot. Another in the salt!

We then headed up to StillFountein in search of Kudu. That valley, already having been mentioned a number of times, was relatively narrow but very long so Denver dropped off 3 trackers with radios along the valley as we entered it to serve as spotters. We headed up to the same location to wait in the shade where I had taken the ELAND the night before. It was a great tool for Eric to glass and get into the rhythm of the bush, following animals in and out out of the spring area, very seldom ever going more than a few minutes without a sighting. We only saw a few KUDU cows and calves.

No wait, the radio goes off, large Kudu bulls sighted down the valley at 400 yds range. We grabbed our gear, ran down to the truck, loaded, drove to a spot on the backside of the hill the spotter was on, ran up the 500 yds to the crest, spotted the bulls moving away and higher. With only an hour before sunset, a decision needed to be made quickly with no margin for error. Eric, Denver and Andy from the video crew crept down the other side of the hill, set up for a sitting shot at a 10 degree incline and Eric made the shot at an amazing 597 yards, dropping Mr Kudu and rolling him down the hill. We heard the suppressed shot, the THWACK and Eric and Denver's yelling so we knew it was good.

Only problem now was the location of the downed Kudu on the side of a steep mountain. Bottom line, it was nearly too dark for pictures, caping and quartering the animal so it could be carried down that mountain by hand with each man falling a couple times on the loose footing. At the bottom it was necessary to crawl through the bush on hands and knees. Eric and Denver became friends for life that night sharing that adventure. Scratched up, bloody from carrying the carcass, they emerged at the truck exhausted but elated. An interesting note by Denver, about 2 of 10 Americans would climb that mountain and 1 of 10 would help carry it down. Duly noted that for the first time in my life I passed on that hike up and down in the dark, although I ached waiting for them, but I knew that mountain was for younger men than I.