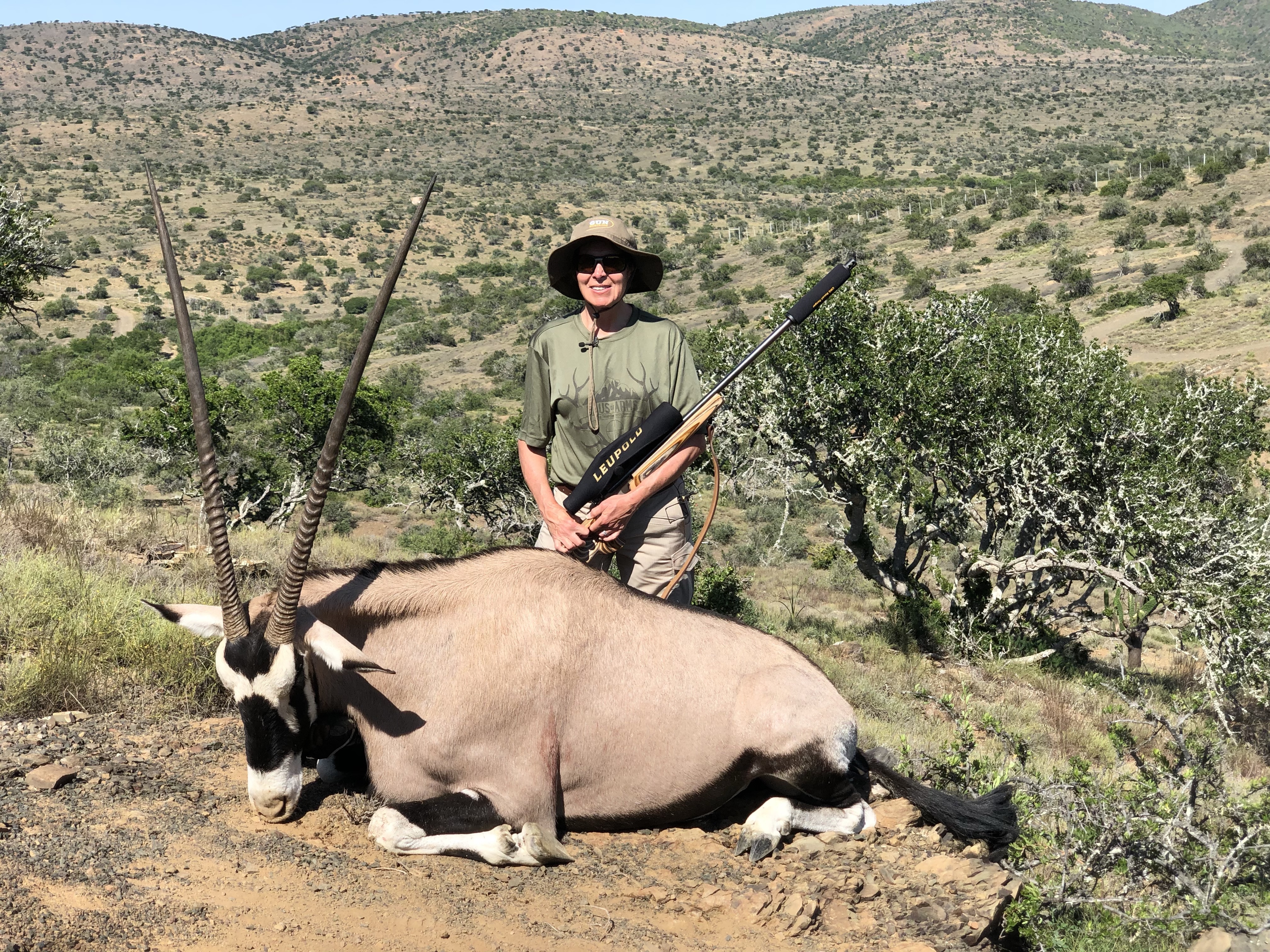 This day began with a couple of failed Steenbuck stalks. Okay, maybe more than that, but those littlest of creatures were proving to be a handful to overtake. Still wanting to get Ruth a Kudu shot, we stalked a group of bulls that were spotted in the bush in the distance only to find them to be a year away from maturity.

Then another of those opportunities presented itself. Denver spotted at about 800 yards away a herd of 10-12 Gemsbucks and asked me if we should pursue. The Gemsbuck cows actually have the bigger horns and larger bodies than the males. I went back to Ruth, reminded her how cool they were and she gave the nod to start the stalk. A very long one indeed, starting with an immediate mountain to climb. We then split up. Ruth, Denver, Andy and a tracker headed out while the rest of us followed behind but out of sight. Ruth, with ever growing confidence in her abilities with the MUTT in her hands, actually set up and watched through the scope at 540 yards then again at 700 yards, but the matriarch of the herd just wouldn’t cooperate by turning broadside. The tracker left behind with the truck met us at a crossroad. We loaded up and did two more stalks before we caught up with the herd at the high end of the canyon. Exhausted from covering miles, the herd seemed content to rest in the shade on this hillside. Did I mention this afternoon would get to 105 degrees F? Giving us time to set up for the uphill shot at 260 yards, little wind, Ruth squeezed it off, THWACK and took that beautiful Gemsbock cow with 39” horns that only missed the Roland Ward record book by 1”.

With the oppressive heat and another 'in the salt,' we cooled off by the POOL, got caught up on emails with the WiFi and rested before the evening hunt. More Steenbuck losses closed out this very hot day.